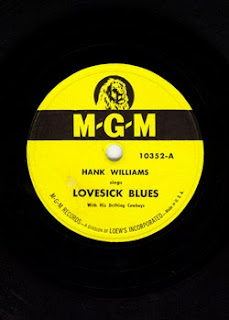 Is this braggadacio on Cliff Friend's part, or is historical "fact" being once again fragile? By the time Hank Williams recorded the song Irving Mills reportedly had full control of the copyright. Jack Mills, cited by Friend in the quote above, was Irving's brother and president of Mills Music Publishing. It sounds like Friend was claiming he regained some rights to the song by the time of Hank Williams' recording.
Posted by Robert W. Harwood at 20:38

TO PURCHASE THE BOOK, PLEASE CLICK ON THE COVER, ABOVE
Also available through amazon.com