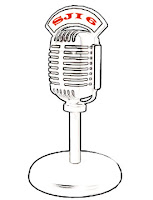 Here is monologue 6 from the ongoing series. These were recorded two or three years ago, when I was living in urban Ontario rather than rural Saskatchewan. Here we explore (with a number of period sound clips) the first recording, from 1927, of "St. James Infirmary" - then called "Gambler's Blues."

You might be startled to hear, in this monologue, that Phil Baxter and Carl Moore wrote "Gambler's Blues." Well, they did, in a way. The song had been floating around the music halls for some time. They wrote a version of the song and had some sheet music printed. But, of course, they weren't the creators of "Gambler's Blues."

I know that a sample of their sheet music lies somewhere in the files of New York's legal vaults, where it served as evidence in a 1930 lawsuit initiated by Irving Mills (unrelated to Moore-Baxter), but search as I might I have never been able to find an actual copy. I am sure, though, that Irving Mills did have his own copy, before he disguised himself as Joe Primrose.

The female as protagonist in SJI - meet Shanimal

There is a lot of good, well-crafted music around these days. The best of it is in a genre that I have come to think of as "portable music." Portable music does not require, for instance, a constellation of drums that takes three roadies to set up; percussion can be accomplished with, oh, djembe hand drums, or cajons, or sticks and rattles and cardboard boxes. The performance of portable music does not require huge amplifiers, elaborate stage sets, video projectors, platoons of dancers, explosions, acrobats, elephants, pigs, dirigibles, catwalks, tightropes, inflated tongues, personal trainers, or investment bankers. Portable music is not music of spectacle; unless we believe that there is a spectacle of the ears. This aural spectacle is described by the interplay of the instruments, the connection between the musicians, and the focused concentration of the listener.

All the instruments in Shanimal's 2011 CD, rough & tumble, can be carried onto the stage by the performers. Shanimal is Shannon Kerner, songwriter, vocalist, and kazoo player, and her talented band.

Shanimal's rendition of "St. James Infirmary" features an unlikely combination of portable instruments - including banjo, accordion, and clarinet - and the mourning patron in Old Joe's Barroom is an equally unlikely (up until now) Big Joan McKennedy. In fact, most of the characters are female, from the body stretched out on the table to the girls goin' to the graveyard. The singer wears, in her coffin, not a Stetson but a flapper hat. However, Old Joe remains Old Joe, while at the grave-site the singer asks for "a chorus boy to sing me a song." Shannon sings with deep passionate restraint, clearly communicating the cinematic arc of the song. I detect no percussive instruments - rather, the downward stroke on the guitar gives much of the rhythmic shape, the accordion maintains the pulse, banjo describes filigrees in the background, and the clarinet, often echoing the accordion through the song, takes the first instrumental solo, and a couple of verses later lends support to a tastefully complex acoustic guitar solo. I like this song more with each listening.

This CD rewards the listener. Shannon sparkles, and on "Wedding Song" inhabits two characters, imbuing each with a distinct voice. But this is not a record review. This is about "St. James Infirmary" and here we have another worthwhile contemporary take on a once old song.

ps If you like this song, I really recommend that you purchase the CD. It's a treat.
Posted by Robert W. Harwood at 19:19 No comments: 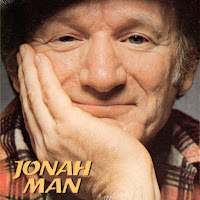 Groanbox and a variation on SJI - prepare to be dazzled 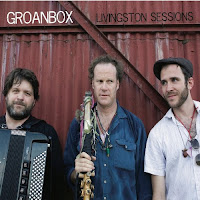 Since posting the previous article, I have received more information about "Groanbox" and feel a need to update you.

The video in the previous post was made before "The Groanbox Boys" included a percussionist (check out that link), thereby expanding the duo into a trio and modifying their name to Groanbox. Man, they work well together!

So . . . about this video. Michael, the accordionist, wrote that they had every intention of recording their version of "St. James Infirmary," but "at the last minute I managed to come up with some new words, and a few new chords to turn it into an 'original' composition." Bravo! This is what songs like SJI  - had it remained in the public domain from the start (where it belonged) - should have been inspiring all along.

The version below differs quite a bit from the one on their pre-trio album, Fences Come Down, but I think both are stellar performances. Here, about three minutes in, the singer intones "I wake up and she's gone gone gone," as the percussionist mimics a bird flying away, and then, led by the banjo, the group launches the song into a kind of uptempo gypsy jazz.

So, without further ado, here is Groanbox with their SJI inspired "Darling Lou." Prepare to be dazzled.

(And if you like this song, please show your support of Groanbox, they are a unique and rewarding experience!)

With this blog I have always (with one exception) been careful to limit my postings to matters referring to the early days of SJI. That was largely due to my respect for Rob Walker's very fine No Notes blog  which, for over six years, has been tracking the evolution of the song and (among other things) referring us to its most recent variations. Sadly, Rob recently decided to put his blog on hiatus, and until further notice will not be writing further articles.

And so, every now and again, until Rob returns, I shall be posting links to more recent interpretations on the "St. James Infirmary" song, as well as to other songs intimately related to SJI. In fact a number of postings are already waiting in the wings, including some wonderful MP3s from Max Morath, an artist I have already referred to several times.

Today we are introducing (at least as far as this blog is concerned) a version of SJI that was posted on YouTube. This is by a duo (I think now a trio) called The Groanbox Boys. One of the Boys recently purchased a copy of I Went Down to St. James Infirmary and informed me of this video. And, you know, it is really good! At about 1:45 into the song they pick up the pace and with accordion, banjo, and vocals launch into the stratosphere.

I have already ordered a copy of a Groanbox CD. You might want to look into this group too. Here they are with "St. James Infirmary."