A few years ago, while working on the first iteration of I Went Down to St. James Infirmary (which I had titled A Rake's Progress and of which perhaps a dozen copies are still in existence), I  created an illustration that brought together some of the principal characters in the SJI story. Albert Gleizes' 1913 painting "Women Sewing" was the inspiration for the underlying art work; onto this I layered photographs of various SJI personalities, and included myself and my wife (the book's designer) as, I guess, observers of the drama.

Speaking of Blind Willie McTell, he will be (part of) the subject of our next entry.
Posted by Robert W. Harwood at 20:55 No comments:

As I try to find out more about Porter Grainger, the view becomes murkier where one would hope for clarity. For example, there are plenty of references to Ethel Finney (or Finnie - even the census reports record her surname differently; Finney seems to be the correct spelling), with whom he recorded a number of songs between 1923 and 1926. With Ethel he (apparently) had a daughter, Portia Grainger. In his excellent book "Never Sell a Copyright"about Joe Davis (with whom Grainger collaborated), Bruce Bastin wrote, "When renewing the copyright for "Wylie Street Blues," Davis claimed it in his name and that of Portia Grainger, daughter of the late Porter Grainger. When first published by Triangle Music in 1927, Davis and Grainger were credited as writers. Upon renewal, more than one might have been tempted to drop the name of the deceased co-writer."

The suggestion here, of course, is that Davis was being kind, as Portia could now receive royalties. The song, however, never made much of an impression, and her royalties must have been close to nil.

Still, Portia Grainger and Ethel Finney (or Finnie) Grainger remain elusive. Bastin's reference is one of the few that suggests Grainger had a family. In researching U.S. census records, I have found Ethel Finney in 1900, 1910, 1920, as well as 1930. In 1920 she was living in New Orleans, with her father Noble (a butler), her mother Mary, and her brother, also named Noble and a pastor. Ethel was a grammar school teacher. She was 22 years old, and single. In 1930 she was (again or still?) living with her parents at the same address. She was now Ethel Grainger (her parents' name is recorded as Finnie, rather than Finney as in the earlier census records). Her daughter Portia was five years old, and she had a step-son called Marion LeBlanc, aged 6. (As a sidebar, a young couple called LeBlanc - Joseph and Mattie - were neighbours in 1910.) She reported her age as 30 (2 years younger than in previous census records), and that she had been married for 10 years. (Meanwhile, in New York City, Porter Grainger declared he had been married for five years.) Ethel was working as a cook in a private home - nowhere in the 1920 and 1930 records does she claim the profession of musician.

It seems unlikely that these census results are coincidental (although, of course, that is a possibility). What they suggest is intriguing. We could create a variety of scenarios. Perhaps Porter was correct, and they had been married a mere five years - that is, after Ethel became pregnant with Portia. Returning home - having become disillusioned with the music business, or with her husband (who, remember, is reputed to have been homosexual), Ethel altered the wedding date to something more socially acceptable.

Then again, there is no solid evidence that the Grainger in question with these census results was Porter (aside, that is, from the striking similarity with Ethel's daughter's name). Coincidence seems unlikely but not implausible.

Thanks to reader Andrew Barrett for leading me to Bruce Bastin's most interesting book, Never Sell a Copyright: Joe Davis and His Role in the New York Music Scene 1916 to 1978 (Storyville Publications, 1990)
Posted by Robert W. Harwood at 08:20 No comments: 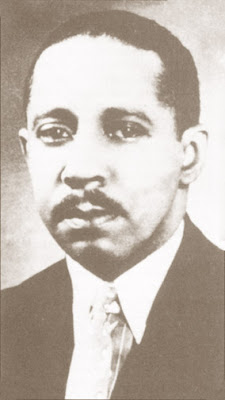