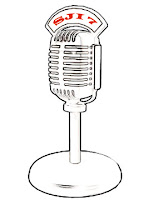 From an article I wrote in 2008, when first alerted to Buell Kazee.:

"This is, lyrically, very similar to the song that Carl Moore (from Arkansas) and Phil Baxter (from Texas) - both white musicians - put their names to and which Fess Williams recorded in March, 1927. Kazee's recording date of January 1928 makes it, chronologically, the second recording in the "St. James Infirmary" canon, effectively moving Louis Armstrong into third place.
"Kazee hailed from Eastern Kentucky. For the sake of posterity he transcribed the traditional songs of his family and neighbours, and recorded about fifty of them between 1927 and 1929. His "Gambling Blues," while lyrically similar to "Gambler's Blues" and "St. James Infirmary" has a different melody, a kind of simple rhythmic chant reminiscent of mournful Appalachian ballads."

To listen to this monologue (about 2:30 at 256 kbps) click here:
Buell Kazee and SJI/Gambling Blues MP3
Posted by Robert W. Harwood at 12:45 No comments: