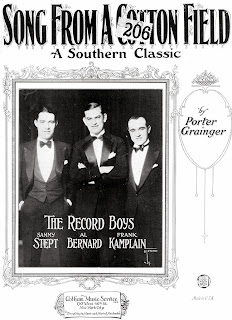 Some time back I posted both an MP3 and the lyrics to a 1927 Porter Grainger song called "Song From a Cotton Field." You can see those postings here. The MP3 features Grainger as both pianist and vocalist.

A couple of months ago the sheet music for a number of Grainger songs came up for sale. I could only afford to bid for one of them, and this is it.

There are a few things about the cover that catch my attention. First, of course, is the photograph of the performers. "The Record Boys" (good luck trying to find them in any music database today) are dressed in tuxedos, looking very sophisticated, in order to represent a song with lyrics like:

(Of course, in those days publishers would design these covers with an empty frame where the photograph of a performer could be inserted before reprinting the music sheets. It could very well have been another performer of the song, Bessie Brown, who was pictured there. What I mean is, the photograph of The Record Boys was probably their standard publicity photo, and was not chosen with the theme of the particular song in mind. Even so, I still find the contrast jarring.)

The second is the subtitle. "A Southern Classic." There was nothing classic about this song. It was written by Porter Grainger not long before this sheet music was released. But its lyric hearkens back to the cotton fields, and I guess the publishers felt this was a good marketing ploy. I doubt Grainger would have objected; he wrote songs in order to make a living.

And then there is the publisher's stamp at the bottom of the page. None other than Gotham Music Service - the publishing arm of Mills Music, of which Irving Mills was vice-president; his brother Jack was president. (For those new to this subject, Irving Mills was Joe Primrose, the fictional - in more than one way - composer of "St. James Infirmary.")

The images here should enlarge if you click on them. Pay attention to the small advertisements on the bottom of the pages - which are kind of like intrusive Internet ads. For instance one of them features songwriter Rube Bloom, who had a hit for Mills with "Soliloquy" and who was one of the many who recorded SJI under the Mills umbrella in 1930. 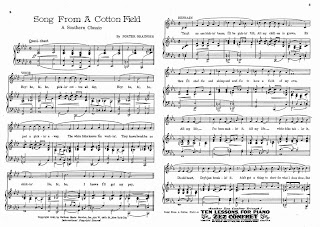 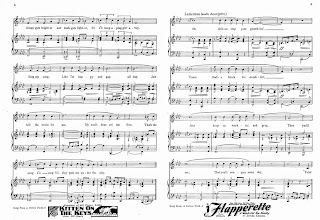 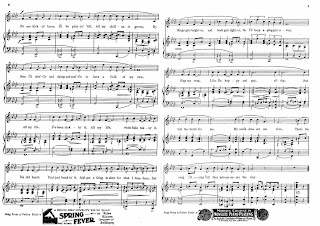