The Old, Weird America - The much expanded Harry Smith anthology 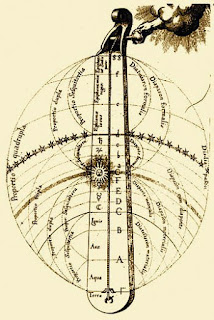 I found this blog thanks to The Celestial Monochord.
The blog is called The Old, Weird America: My Exploration of Harry Smith's Anthology. The writer, who seems to be anonymous, has set him/herself the task of examining all the songs in the Harry Smith Anthology and providing:
1. commentary on each song
2. for each performer on the anthology, files of other songs he/she/they recorded
3. files of other variations of the song being discussed
4. other things
As there are something like 84 tracks on the anthology, this is quite a task. Still, the first 18 songs have been discussed already - pretty good going, as the project only came online in November 2008.
The most recent post is all about "Gonna Die with a Hammer in My Hand" (aka "John Henry") by The Williamson Brothers & Curry. Our ambitious blogger discusses the performers, offers the few recordings they made, gives links to other sites that discuss the song, offers 100 variations on "John Henry," and even posts some video.
This is really important stuff. Congratulations to The Old Weird America!
Addendum: I have just found out that the author of the blog The Old, Weird America is a fellow called Gadaya. He is actually quite active on the web, including this Youtube Channel in which you can watch/hear him perform a ton of songs like "Casey Jones," "Worried Man Blues," "Barbara Allen" and so on. All of these he does very well indeed, accompanying himself on guitar, banjo ukelele . . . Gadaya lives in France. And while one would think that his involvement in American roots music is large enough a bite for any one man, his blog "The World's Jukebox" shows him casting his net about as wide as anyone can.
Posted by Robert W. Harwood at 20:28 2 comments: