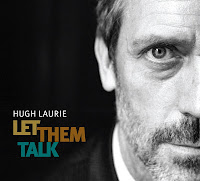 Last year Hugh Laurie - a very talented fellow best known for his portrayal of House on the Fox television series - released a CD called "Let Them Talk" on Warner Brothers Records. The first song on this CD is "St. James Infirmary" and clocks in at 6:23. I have to tell you that I really like this rendition - Laurie's piano playing is superb, and he respects the deep history of the song in his vocalizations. In fact, this song alone is worth the price of the CD. No kidding.

Every now and again one can bump into Hugh Laurie on YouTube, playing and talking about the song. For instance, in this YouTube snippet Laurie declares that "St. James Infirmary" was "based on a much older English folk song in which the St. James of the Infirmary is actually what is now St. James' Palace in London where the queen eats cucumber sandwiches. I find that interesting; almost no one else in the world knows."

That's too bad. It is most unlikely that the St. James of the song had anything to do with St. James' Palace, although that - along with its (erroneous) connection with the song "The Unfortunate Rake" - have hung around the neck of "St. James Infirmary" like a dead albatross for decades. In the case of St. James' Palace, the culprit is possibly the Wikipedia entry on "St. James Infirmary Blues" or most likely the liner notes to the Folkways Records disc, "The Unfortunate Rake," which contains about twenty variations of the song. Here is an excerpt from Kenneth S. Goldstein's long and very interesting liner notes:

"It is, perhaps, a bittersweet historical irony that the 'St. James Hospital' which provides the setting for this series of ballads is known today in London as St. James Palace, the home of the 'Court of St. James.' The original St. James Hospital was a religious foundation for the redemption of 'fourteen sisters, maidens, that were leperous, living chastely and honestly in divine service.' Now known as St. James Park, the grounds on which the palace stands was acquired by Henry VIII in 1532. During the whole reign of George III, the royal court was held at St. James."

In fact, the real story of SJI is much more interesting.
Posted by Robert W. Harwood at 12:22 1 comment: 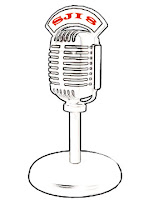 Don Redman, now almost forgotten, was among the most important of influences on American popular music. In the next Monologue we shall hear how Redman, about to leave for Chicago to help Louis Armstrong record some songs, encountered the "St. James Infirmary" that he then arranged for Armstrong's 1928 recording. For now, though, here is a little background information on Redman himself.

It might be interesting to note that, in this monologue, I made mention of a band called "McKinney's Cotton Pickers" (which Don Redman took over after leaving the employ of Fletcher Henderson) . . . here, you can see how black bands, even in the 1920s and 1930s, were being advertised. Dem ol slaves jus a pickin cotton. Even Duke Ellington, when recording under a pseudonym for Irving Mills, adopted names like "The Ten Blackberries." Even so, "McKinney's Cotton Pickers" were one of the most popular bands of the era.

To listen to this monologue (about 3 minutes) click here: Don Redman Part 1 MP3
Posted by Robert W. Harwood at 22:39 No comments: