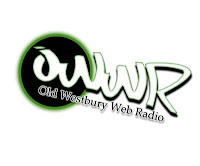 Here is something unusual; maybe you can explain it to me.

Residing at the web page stjamesinfirmary.net is a web radio show that can be downloaded. The shows feature a variety of songs ranging from middle-of-the-road pop music to old blues songs, and much in between. The selections are certainly interesting, and could only have been selected by a true music fan. A true music fan?? What do I mean by that? Well, look at the lists and I have no doubt that you will agree with me.

Each show (there must now be over fifty of them) is divided into two parts, in which the first (or occasionally second) song of the first part is "St. James Infirmary." The really odd thing is that the "St. James Infirmary" in the various broadcasts is always, without exception, the one recorded by Alan Toussaint. Actually, Toussaint's 2009 version is one of my favourite recent recordings of "St. James Infirmary," along with Van Morrison's (2003) and Hugh Laurie's (2011). The shows are recorded at 128 kbps.

But, hey, the dj - a dentist by the name of Michael J. Mand - talks over Toussaint's piano at the beginning of the broadcasts, in fact chats with his audience (in an informal, meandering - appealing - way) before moving into the subsequent playlist, which really is a fascinating cornucopia of popular music past and present. Check out the site, listen for a while; I am sure you will discover something you like.
Posted by Robert W. Harwood at 20:57 1 comment: